Wasn’t she cute? I think so. And she’s more beautiful every day, inside and out.

I would never have had such a wonderful family without her. She keeps us going, keeps us straight, keeps us fun.

Happy Birthday to the Lovely Trudi.

And many, many more. 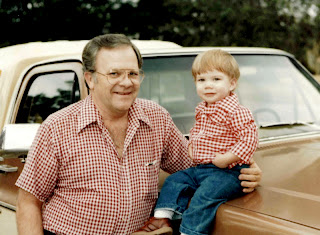 When I saw the name of my sister-in-law come up in the caller ID on my cell phone, I silently prayed that there would be some reason she was calling me in the middle of a Sunday night service other than the one that I knew was coming. Julie and Trudi’s dad, Holton, has been battling cancer for some time, and his condition was steadily growing worse.

Trudi was scheduled to fly to Asheville on March 5th, on what would be Holt’s 74th birthday. We knew he didn’t have much time. We didn’t know how little time he actually had.

As I made my way from the Production Suite at the church down the back stairwell, Julie confirmed what I had already guessed. Holton had peacefully passed from this life at 6:30 pm, February 22, 2009.

Trudi and Julie had been with their sister, Christi, when she had passed away 2 1/2 years ago. Her death had been unexpected, but they had been able to rush to her side to share her last few hours on earth with her. When Christi finally slipped into the arms of Christ, no one had to tell them that the end had come.

But on this night, Trudi was part of the offering counting team at church. Julie, Casey, their brother, and Holton’s wife, Jan, had been unable to reach Trudi, as the noise of the counting room drowned out the buzzing of her cell phone.

I stopped before entering the counting room, quickly called our daughter, Shae, and told her to pray for her mom. And me.

This is one of those things you dread ever having to do.

What do say? I prayed again for the right words, and gently opened the door.

Trudi was in the rear of the room, entering checks into the online deposit system. The other four members of the counting team were chatting about something. I have no idea what. I knew that the rest of the family had left messages on her cell phone, but I didn’t want Trudi to see her phone before I had a chance to get her out of the room.

“Do you have some gum?” I asked, trying to act innocent and normal. It wasn’t really working. They could tell I was a little uptight about something. I wanted to get into her purse so I could slip her phone out.

I couldn’t find the gum. I found a mint and put it into my mouth.

“Would you check my phone? I thought I heard it buzzing a while ago.” I found the gum.

“Um…yeah.” I pulled the phone out and slipped it into my pocket.

“Um, it’s okay.” I’m not sure if I specifically lied, but I definitely left her with the impression that no one had called. Suddenly, I was unsure what I should do. Maybe I could just wait until we got home in thirty minutes or so.

I walked out of the room, and paced for a minute. No, I needed to get her out of the room and let her know so she could call Julie and Jan and Casey and begin the process I knew we would all go through over the next few days.

As I went back into the room, I moved over to the corner, where I knew Trudi couldn’t see me. I tried to silently let the other counters know that they needed to take over for her, then I asked if I could talk to Trudi outside.

Lots of questioning looks from everyone followed us into the hall. Church would be ending soon, and I knew I had to give her the opportunity to get out of the building first. I gave one final plea for the right words, and knew I had none. All I could do was look into her eyes.

As it turns out, those were the right words.

“What is it?” Then the realization came. “Did my dad pass away?”

Later, when I went back to the church to pick up Sam, Summer and Sawyer to take them home, we sat in the parking lot while I tried to explain what had happened.

There were several pictures of both Holton and Christi that I had to choose from, but I ended up with this one of Holton and Christi’s son, Jason. It was labeled as being of Holton and Christi in my computer, and even though it’s Jason, not Christi, I believed it was her, because Christi always seemed to like things that weren’t “girlie” – motorcycles and cleaning off her roof come to mind.

But it’s still a great picture of Holton. This is the easy-going, down-home guy I knew. He loved to have fun. He loved his grandchildren.

I’m sure Holton and Christi are enjoying a great reunion.

Doesn’t she have that look on her face?

Happy Birthday to my best friend, my partner, my {blush} lover, my wife…the Lovely Trudi celebrates the day the world was blessed with her. 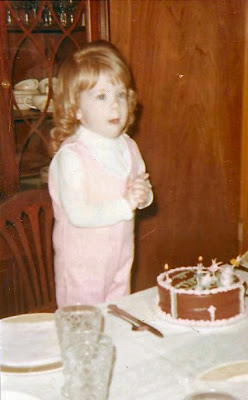 And we celebrate, too. 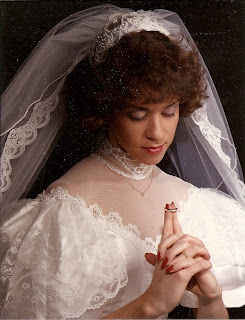 A little sympathy for Trudi today…she’s spent more of her life with me than without me. We’ve been married 22 years today; she was only 21 when we married. Obviously, she didn’t figure out how to get her fingers out of those rings quick enough. (Odd games photographers play, don’t you think?)

An odd coincidence, isn’t it?

After several attempts, we were finally able to begin recording in our Sunday school class last week. The audio still isn’t great, but at least if you are not able to be with us, you can listen in.
Our class is called “Wii” and the broadcast is called “Wiilationships”, not because we play the Wii in class, or even talk about it (much), but because the idea of playing well together is what we’re trying to accomplish.
You’re invited to listen, comment on our blog, and play along.