Without further ado, my thoughts on the election and how I’ll be voting a week from today… 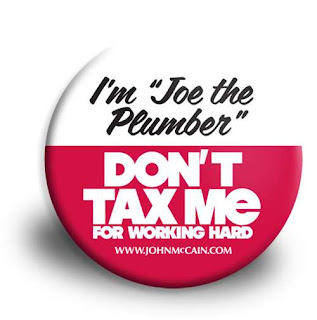 There are 13 choices on the ballot. Make your own conclusions on that number. If I were going to vote for the person I would most like to see as President from the list, I’d choose Alan Keyes, who is running on behalf of the American Independent Party. However, with no chance to win, that would be a wasted vote.
I vote: John McCain and Sarah Palin.

District 14 Congress
Another case of wishing I could vote differently, but this is the best choice I have.
I vote: Connie Mack

State Representative, District 72
He seems to have done a good job in the last four years.
I vote: Paige Kreegel

Sheriff
I was one of 9% that didn’t vote for Mike Scott in the Republican primary. Even though he would’ve received my vote anyway, he secured it by speaking the truth at Sarah Palin’s Fort Myers’ appearance.
I vote: Mike Scott

County Commissioner, District 1
I haven’t heard or seen enough from the other candidates to remove this incumbent…yet.
I vote: Bob Janes

County Commissioner, District 3
Ray Judah seems like a fairly nice guy. I don’t know him. Les Cochran seems like a nice old guy, too. I don’t know him either. Republican incumbents usually have an edge with me, but at a county level, party isn’t as important, and Cochran is actually a Republican, too. Judah has been in office for a long, long time. So I like his experience. But such a long time in office means that future decisions will be impacted by old alliances, past choices, and wanting to defend things that you were part of.
I vote: Les Cochran

County Commissioner, District 5
I don’t know him, but I like him.
I vote: Frank Mann

Lee Memorial Health System, District 1
You can vote for 2 out of 3 in this category. Anna Clark’s whole reason for running seems to be a bad experience a relative had at Cape Hospital. Um…work that out with your lawyer, dear.
I vote: Stephen Brown and Marilyn Stout

Lee Memorial Health System, District 3
Again, we get to pick two. I’m sure these are important positions to the community, but… Lois Barrett is 84 and would seem to be past her time, but I’m not sure I like the fact that Jason Moon’s father-in-law owns an Oncology practice. Seems conflicting.
I vote: Linda Brown and Lois Barrett

Mosquito District, Area 1
“Another office that is very important in our county, but should this really be an elected position? Even the News-Press didn’t offer an opinion on these races.” That’s what I originally wrote, then I found out that the Lee County independent taxing district for Mosquito Control is the largest of its kind in the entire United States! It has 87 full-time and 125 seasonal employees, and carries a budget of $25 million. Huh.

Larry Murphy is the incumbent and carries a good resume. James Opp’s resume seems to consist of his dad having been the director of the district for 12 years.
I vote: Larry Murphy.

Mosquito District, Area 3
According to the Naples News, Mike Ellis knows “bugs inside out.” I guess that’s a good thing. And I know nothing about Tim Gardner. Sorry, Tim. You have a good name.
I vote: Mike Ellis.

2nd District Court of Appeal
Should Judge Whatley be retained in office? Sure, why not?
I vote: Yes.

Amendment 1
This is a housekeeping amendment, seemingly unnecessary in practice, but a good thing theory.
I vote: Yes.

Amendment 2
Also a housekeeping amendment, of sorts, seemingly unnecessary in theory, but a very thing in practice.
I vote: Yes.

Amendment 3
Seems to be a good thing that should be tied with other good things to make a comprehensive policy, but let’s take what we can get.
I vote: Yes.

Amendment 4
There seem to be some positives for this, but do we have to mess with the Constitution to do it? Don’t we elect legislators to do this kind of thing? This amendment would encourage land conservation, and further limit the amount of land that can be developed. Down the road I think this will make property even harder and more expensive to acquire by the average person.
I vote: No.

Amendment 6
Seems like a good idea, but, again – does it have to be a constitutional amendment?
I vote: Yes.

Amendment 8
Gives voters flexibility in what to do with tax money.
I vote: Yes.

County Charter Amendment 2
Allows for things to by-pass County Commissioners to be put on ballot.
I vote: Yes.

[Note: Yes, the title of this post IS the same as the title of our latest episode of the ChurchDramaPodcast. This post is specifically for my daughter, Shae, who gets to vote for the very first time this fall.]